Saturaday May 19th, at Cyangugu catholic Diocese it was a ceremony of commemorating priests, religious, seminarits and persons of Diocese died in Genocide against Tutsi in 1994. Those persons to remember were Father Joeseph BONEZA, Father Alphonse MBUGUJE, Rev

This is a procession to the tomb of Father Joseph BONEZA. 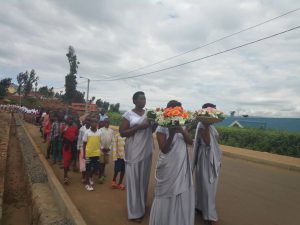 Prayers over the tomb of Father Joseph BONEZA

. And they put floors ever the tomb. 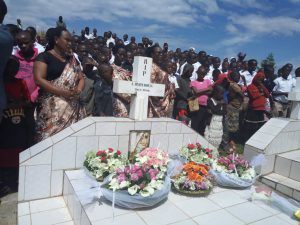 After the mass headed by Mgr Prudence RUDASINGWA,  and after understanding many messages, they went to the Rusizi memorial site to pray to the victims of Genocide against Tutsi who are there. 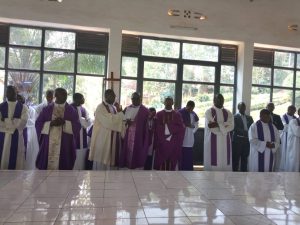 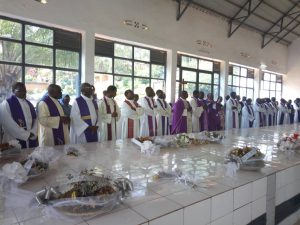